03 Jun Wait, what? Suzuki sold more passenger cars than Toyota in May

Posted at 09:00h in The Bulletin by iObc6waP5rB 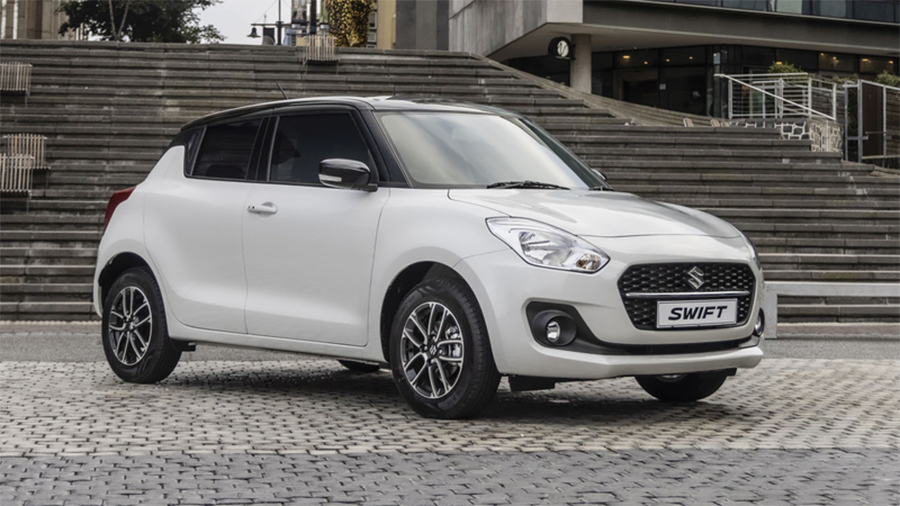 The Suzuki Swift was South Africa’s best-selling vehicle in May.

As if the motor industry wasn’t suffering enough from international supply chain disruptions, the tragic flooding that took place in KwaZulu-Natal has also put considerable strain on new vehicle sales.

Despite all of the challenges, however, South Africa’s overall new vehicle market managed to grow by 2.1 percent in May 2022, versus the same month last year, with a total of 39 177 units sold nationwide.

Having been forced to temporarily close its local assembly plant in Prospecton due to extensive flood damage, Toyota’s sales numbers were significantly lower than usual in May. While the company did manage to narrowly hold on to its overall market leadership, with total sales of 6 664 units putting it ahead of Volkswagen (4 778) and Suzuki (4 331), Toyota’s sales numbers were 34.3% down on the previous month and 125.2% lower than the record figure achieved in March.

This was largely due to shortages of the company’s two best-selling models, which are locally produced. Toyota sold just 1 368 Hilux models in May, and 181 Corolla Crosses. Although imported, the Toyota Starlet is undergoing a model changeover and, as a result, just 494 units found homes last month.

Suzuki, on the other hand, enjoyed another extremely strong sales month, with passenger car sales totalling 4 250, putting it narrowly behind Volkswagen (4 468) and ahead of Toyota (3 998).

The Suzuki Swift was also the country’s best-selling model overall in May, with 1 764 sales, of which 475 were scooped up by the rental market. Other notable sellers were the S-Presso (783), Vitara Brezza (530) and Jimny (428).

South Africa’s passenger car market grew by 13.8% versus May last year, while the significantly lower Hilux sales led to the LCV market plunging by 22.6% year-on-year.

“The new vehicle market during May 2022 mirrored the knock-on effects of the devastating floods in KwaZulu-Natal on the automotive supply chain as well as a tightening of domestic monetary policy, a further rise in load-shedding and the adverse impact of domestic and foreign factors on business and consumer confidence in the country,” Automotive Business Council naamsa said.

“In addition to the rise in interest rates of 50 basis points, the biggest margin in more than six years since January 2016, the depreciating rand along with the soaring oil price continue to add to inflation risks.”

Despite these challenges, the association has an optimistic outlook for the second half of 2022, due to the introduction of some important new models, such as the new Ford Ranger which launches later this year.