12 Jul Time for a kick up the backside?

Posted at 08:03h in The Bulletin by iObc6waP5rB 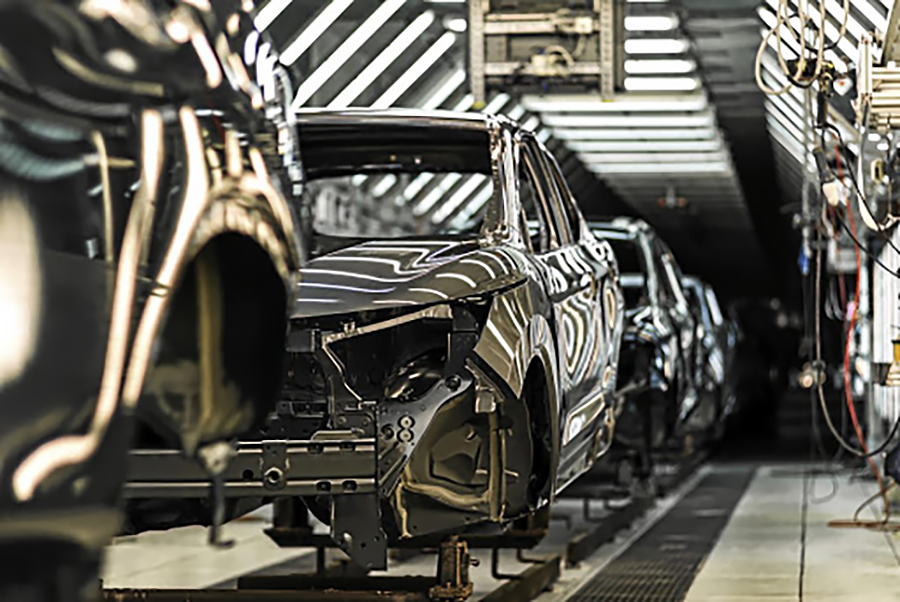 After 27 years of predictability, SA automotive policy ‘needs a revolution’

After decades of automotive policy consistency to attract foreign investors, does the SA government have the nerve to perform an about-turn to stop them leaving?

It’s a question asked this week by Mikel Mabasa, CEO of the Automotive Business Council (Naamsa). His comments, in a speech to the Southern Africa Transport Conference in Tshwane, reflect the motor industry’s growing impatience with the government’s sluggish response to the global shift towards new-energy vehicles (NEVs).

The term refers mainly to electric vehicles (EVs) but also includes those using hydrogen and other emissions-free energy sources.

Since 1995 and the first post-apartheid automotive strategy — the motor industry development programme — successive trade & industry ministers have been anxious not to scare off multinational vehicle and components companies with radical policy shifts — to the point, sometimes, of allowing companies to sidestep rules they don’t like.

Though incentive structures have changed in the intervening 27 years — through the 2013 automotive production and development programme and 2021 SA automotive masterplan — each policy stage has built upon its predecessor. Investors like certainty, which is why the masterplan runs to 2035.

But now, says Mabasa, it’s time to tear up the rule book. The electrification of the global motor industry needs a radical change of SA policy direction.

He says: “As the era of the internal combustion engine [ICE] comes to an end and new-energy vehicles become the road transport mode of choice, automakers across the globe are retooling their factories and working with their governments to develop policy and legislation to support this new industry. These vehicle manufacturing markets are moving at aircraft speed to develop and introduce agile public policy positions to enable the industry to adapt and embrace this imminent change.”

SA, on the other hand, is “moving at a snail’s pace and will be forced to play a catch-up game if it wants to remain relevant and a competitive vehicle manufacturing base of the future”.

In principle, there’s nothing to stop SA vehicle manufacturers from building EVs. Masterplan investment incentives — which allow vehicle and components companies to claim back up to 30% of their investments — are the same whatever the engine. The local subsidiaries of Mercedes-Benz and Toyota already build small numbers of hybrid EVs, with dual ICE and electric motors.

Others are exclusively ICE but want to follow the EV route with future generations of vehicles. BMW, which, like Mercedes, exports nearly all its SA production, isn’t currently overly concerned that South Africans have shown limited interest in buying EVs. But Volkswagen, Ford, Nissan and Isuzu — and potential future investors — will want to see half-decent local demand for EVs they build here.

That’s why Mabasa and others are desperate for trade, industry & competition minister Ebrahim Patel and his officials to lead the way. In almost every country where EV sales are growing, it’s in response to government-sponsored price incentives. In SA, EVs are penalised with higher import duties than ICEs.

Patel and his team have acknowledged the problem. In May last year they published a green paper outlining, in general terms, their plans for incentivising the manufacture and sale of NEVs. A policy white paper was due to follow in October but has yet to appear.

The delay, it seems, is caused by the question of where incentive money will come from in a struggling economy — particularly as EV buyers here, as in the rest of the world, are generally well off.

To fund payments will require co-operation between government departments, including the National Treasury. But as Martyn Davies, head of consultancy group Deloitte’s African automotive activities, observes: “This government isn’t known for interdepartmental collaboration.”

That has to change. By Davies’s estimate, SA has no more than a couple of years to implement an NEV strategy. Motor companies typically replace car ranges every seven years, and pickups — or bakkies — every 10 to 12 years.

That means any SA-made cars launched in SA from next year will still be in production in 2030 — the year SA’s main export markets say they will ban sales of new ICE vehicles for environmental reasons. For SA bakkies, the deadline has already passed. Ford SA, which is about to introduce its latest, export-focused Ranger bakkie, says it will add hybrid versions during the model life cycle.

Even that is only a temporary solution. From 2035, many markets will add hybrids — both the plug-in and non-plug-in versions — to the banned list.

The SA motor industry exports more than 60% of its vehicle production. No wonder Mabasa says: “If we accept that our major [ICE] markets will cease to exist within 10 to 15 years and refitting factories and developing new models take about a decade, then the time to make this crucial change has almost run out.”

Foreign vehicle and components companies have invested more than R60bn in SA production in the past 10 years — partly because of policy incentives but also because international trade agreements allow SA-made vehicles to land duty-free in many markets.

However, Mabasa says that doesn’t mean they will hang around indefinitely if conditions aren’t right. General Motors, after all, disinvested in 2017 after more than a century in SA. Mabasa says: “Already manufacturers have left SA because it no longer made sense for them to continue manufacturing vehicles in the country. So, there are no guarantees. The very future of our industry hinges on our ability to adapt to the new reality, change our manufacturing policies and move in step with the rest of the world.”

The masterplan aims to increase SA vehicle production to 1.4-million by 2035. That’s nearly three times the 499,000 built in 2021 and more than twice the projected numbers for this year and 2023. It’s a long shot, made even more unlikely if SA loses its main export markets. “SA is in danger of becoming stuck making a legacy product that no-one wants,” says Mabasa.

Perhaps not no-one. Many emerging markets are nowhere near ready for electric vehicles and will rely on ICE versions for years to come. Most of the African continent, for example, is many years behind the EV loop. But even here, says Mabasa, vehicle manufacturing countries like Egypt, Morocco and Ghana are “embracing the low-carbon future”.

Does SA, with the continent’s biggest motor industry, want to play fourth fiddle in the future? It’s not just about the vehicles themselves. The idea that SA could make EV lithium-ion batteries — many of whose component minerals are found in SA — is a nonstarter, says Davies. “We’re too late. That horse has already bolted.”

President Cyril Ramaphosa recently described the motor industry as a “crown jewel” of the economy and said its success should be used as a template for other industrial sectors. Davies agrees but says it can’t afford to live off its reputation.

Given its importance to the SA economy — it generates nearly 17.3% of manufacturing output, 12.5% of national export values, and supports hundreds of thousands of jobs in other industries — Mabasa says the motor industry deserves more government support.

Its GDP contribution “is comparable to that of mining and agriculture”. Any decline “threatens our nation’s fragile economic renaissance: policy development”.

He adds: “The automotive sector is already going through the most rapid and far-reaching changes of its entire existence. If SA is to remain globally competitive, we urgently need to be able to develop new state policies that enable us to do so.”