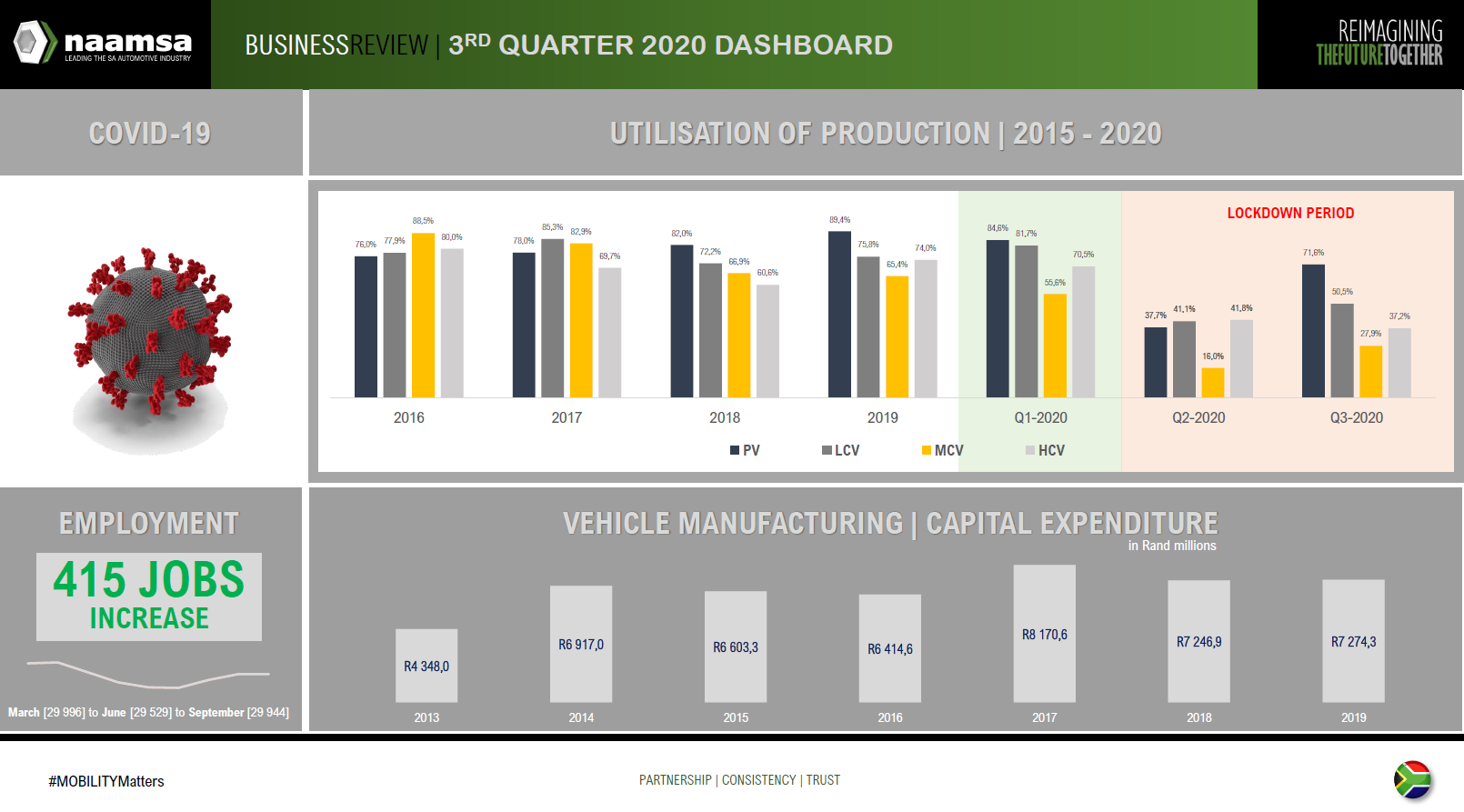 Despite the country’s sluggish and persisting economic headwinds, and slowing domestic vehicle sales volumes, the automotive industry has experienced unprecedented challenges due to lockdown restrictions implemented across all major automotive manufacturing countries to flatten the COVID-19 curve. South Africa was not an exception, with the entire domestic motor industry battling to survive after the prolonged suspension of vehicle production and other retail trade activities drove some of our companies to significantly review their business plans and strategies in order to remain liquid for the balance of this financial year. While the lockdown restrictions have since been eased, the Coronavirus epidemic has negatively affected the domestic growth prospects through 2020, and potentially longer, depending on the steps taken to guarantee business continuity in South Africa.

As it stands, South Africa has faced two recessions between 2018/2020 and has recently been downgraded into “junk status” [Investment sub-grade by credit rating agencies]. In terms of employment, significant job losses and business failures within the automotive value chain are expected should business confidence continue to weaken as we have seen during the first half of this year. As confirmed by the Minister of Finance during his Supplementary Budget at the beginning of the third quarter, the South African government has no immediate fiscal space to manoeuvre due to the widening fiscal deficit and debt burden which continues to suffocate the country’s current account. Economic growth is said to contract 7,2% by the end of 2020. This contraction is higher than the initial 7,1% growth contraction predicted by the South African Reserve Bank [SARB] for the year 2020. The substantial rise in debt levels and a widening budget deficit is expected to continue for the foreseeable future.

Public-sector debt is predicted to increase to R6,4 trillion over the next three years. The national debt is said to reach R 4,0 trillion, or 81,8% of GDP by the end of 2020, compared to an estimate of 65,6% of GDP projected in February 2020. By 2023/4, our national debt is predicted to exceed 106,1% of GDP, and at the end of a decade, the debt to GDP is expected to rise by almost 140,7%. On the other hand, the StatsSA Quarterly Labour Force Survey also confirmed an increase in South Africa’s unemployment rate to 30.1% in the first quarter of 2020. As you know, business confidence has been weak for some time. The economy has been bleeding jobs and some companies within our industry have already shutdown their operations, including BAIC which has suspended all its operational plans to open a brand-new facility to manufacture vehicles in Port Elizabeth in the Eastern Cape. All their employees and critical skills staff have been recalled back to China and it remains unclear whether this operation will be resumed anytime soon.