Posted at 09:56h in The Bulletin by iObc6waP5rB 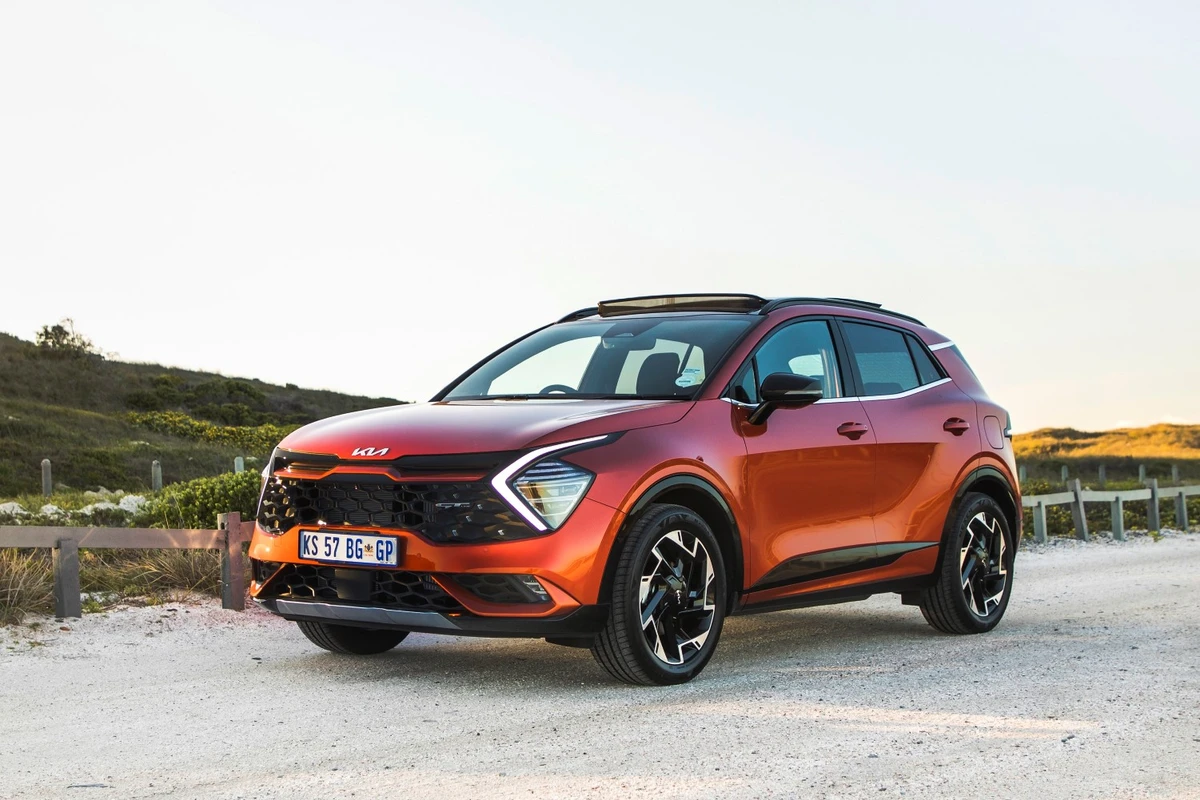 The all-new, fifth-generation Kia Sportage, designed from the ground up to be the ultimate urban SUV, is now available in South Africa.

As Kia’s most popular and best-selling model worldwide, the newcomer is a symbol of Kia brand’s pioneering DNA and sets the standard in every way. Sportage once again brings innovation and excitement to the popular compact SUV segment with its bold, sporty design, advanced driver-assistance systems, and state-of-the-art interior finishes.

“The Sportage has always been a car of ‘firsts’ for the Kia brand,” says Gary Scott, CEO of Kia South Africa.

“When it first debuted in the late 1990s, it set the tone for multiple automakers to pursue the design and development of what we know as an SUV today. It went on to become one of the first Kia models to receive multiple global design awards, a feat that was thought impossible for a Korean brand up until the launch of the third-generation model in 2010.”

Cementing the heritage of the Sportage

First-generation Kia Sportage was available in short- and long-wheelbase five-door models and a three-door convertible. In 1997, it was the first production model to include a knee airbag, but it performed poorly in crash tests in several countries.

It did serve as a launching pad for Kia’s efforts to become a world leader in quality and engineering, resulting in a significantly improved 2004 model. From 2006, the second-generation model was also produced at Kia’s Zilina plant in Slovakia. By 2009, Consumer Reports in the US named it one of the most reliable vehicles, and the National Highway Traffic Safety Administration gave it five stars in crash tests (NHTSA). 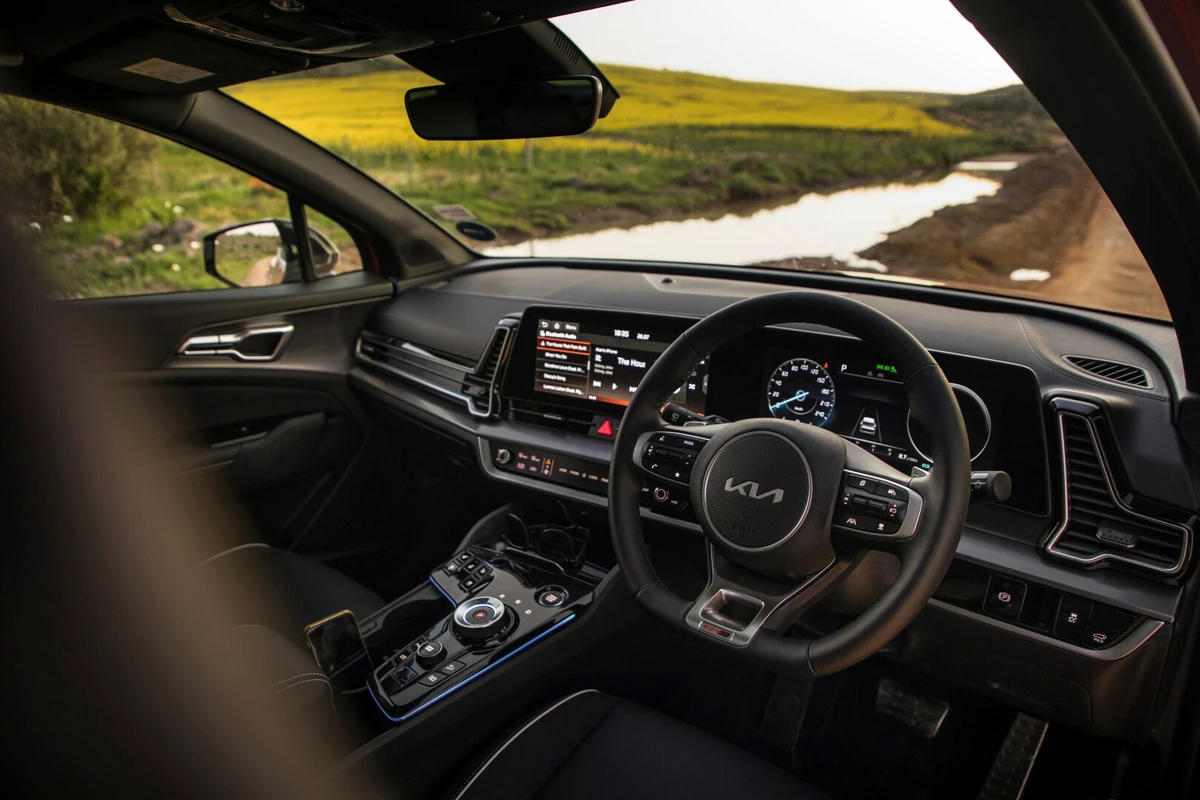 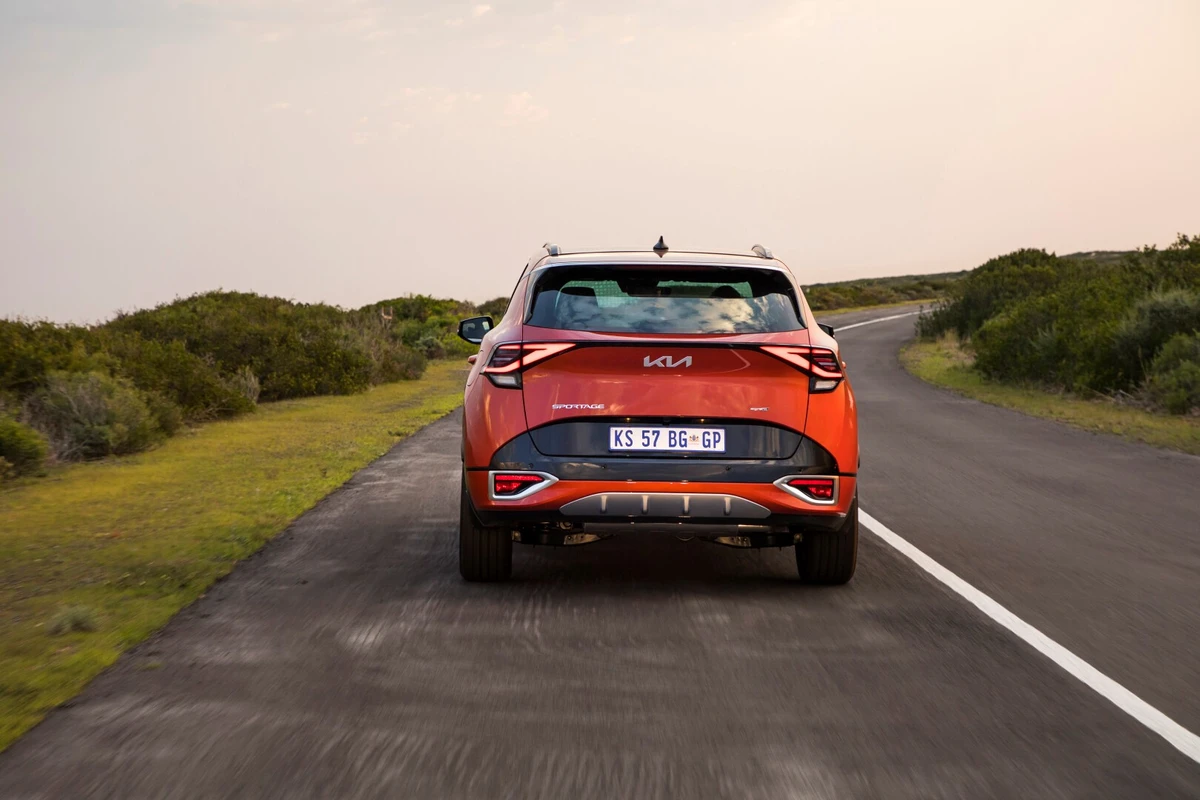 The third-generation Kia Sportage changed customer and critic perceptions in 2010. Sportage has won a number of awards since its release, and its design is still considered one of Peter Schreyer’s best.

It topped the 2012 J.D. Power Survey and received five stars in every category, from mechanical reliability to ownership costs. It earned a “Top Safety Pick” rating from the Insurance Institute for Highway Safety and a five-star Euro NCAP rating. Over 1.6 million third-generation models were sold between 2010 and 2015.

The fourth-generation Sportage debuted in Frankfurt in September 2015 and in South Africa in November 2016. The fourth-generation model won a Red Dot design award in 2016 and a slew of quality and safety awards across multiple territories with a bold new design language, redesigned interior, and updated engines and transmissions.

The all-new Kia Sportage pushes design boundaries and sets the tone for the next generation’s family.

The all-new Sportage’s modern cabin features a sculpted curved display with a slim touchscreen pad and detailed air vents. The curved cockpit display is wide and deep. The 12.3-inch touchscreen serves as the nerve centre for driver and passenger connectivity, functionality, and usability. It is designed for intuitive and soft-to-touch ease of use and is equipped with the latest-generation full thin-film-transistor liquid-crystal display for incredibly precise and clear graphics.

The compact wheelbase, width, length, and height of the all-new Sportage support its practical, functional, and versatile interior space. Legroom, headroom, and luggage capacity are class-leading. The new Sportage has 996 mm legroom and 1,000 mm headroom in the second row and 591 litres of cargo space (VDA).

The all-new Sportage is built on frugality, power, and performance.

Based on the company’s new N3 architecture, the all-new Sportage is designed to be a premium SUV. The new platform also influences the all-new Sportage’s driving characteristics, which combine a refined, stable, and comfortable ride with agile and dynamic handling. A carefully tuned steering and suspension system helps achieve this.

All Sportage models include a driver’s airbag, a front passenger airbag, side airbags, and side curtain airbags. ISOFIX child seat anchors are also standard across the board. 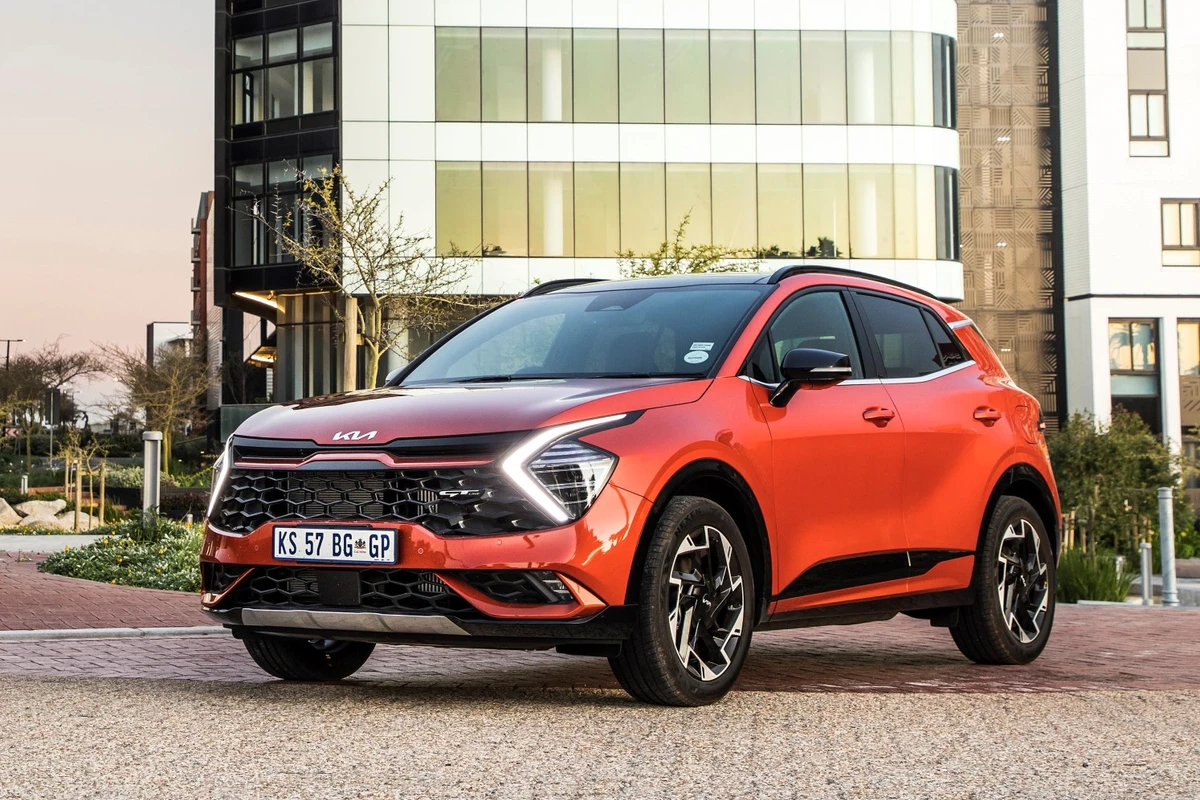 Kia has dropped the Ignite and Ignite Plus grades from the lineup, combining the best of both previous grades into a new LX grade and improving the mid-tier EX grade models.

The new Sportage LX’s list of standard features is extensive. LX models have:

The Sportage EX builds on this platform and gets a black grille and front parking sensors. Inside, its upholstery is upgraded to a combination of cloth and artificial leather (including the armrest and centre trim), and the front seats gain electric adjustability (including a driver’s memory function) and heating. During winter, drivers will appreciate the heated steering wheel.

The 40:20:40-split second-row seatbacks can be folded remotely to create a flat cargo space quickly and seamlessly. Privacy glass and heated rear seats are a new addition.

The Sportage GT-Line has 18-inch alloy wheels like the Sportage EX, but its exterior has deluxe scuff plates. Alloy pedals, an electric tailgate, and paddle gear-shifters add cosmetic and convenience features to the Sportage. Interior upholstery is faux leather and suede.

Kia’s FCA helps drivers avoid front-end collisions. FCA provides a warning if the preceding vehicle suddenly slows down or if a forward collision risk, such as a stopped vehicle, pedestrian, or cyclist, is detected. FCA automatically applies emergency brakes if the collision risk rises after the warning.

4. The Sportage GT-Line Plus

The Sportage GT-Line Plus is distinguished from the GT-Line by its panoramic glass sunroof and its strikingly sporty 19-inch alloy wheels in addition to the standard LED lighting throughout the interior. As if that weren’t enough, the exterior trims are now finished in a glossy black that gives it a more sophisticated and sporty air.

The range-topping Sportage GT-Line S has the same exterior as the GT-Line Plus but more comfort, convenience, and technology. Front seats gain ventilation, and mood lighting enhances the interior ambience. 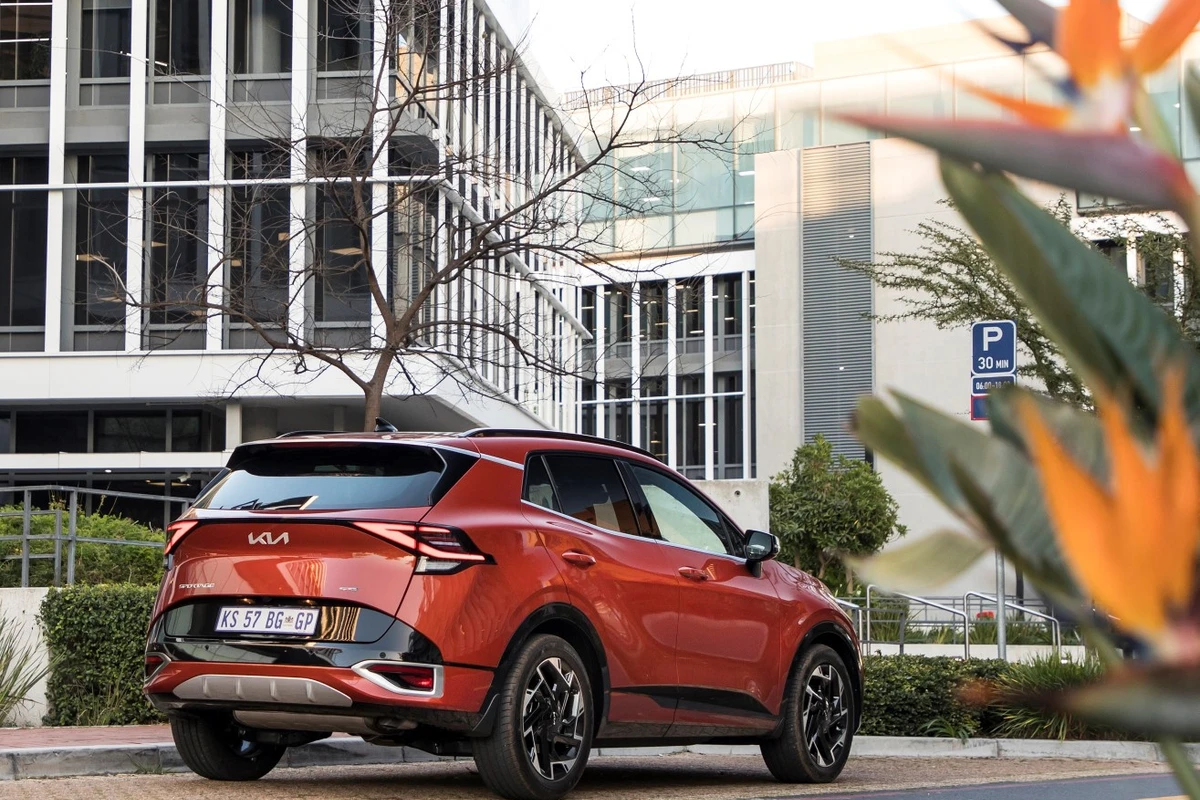