Posted at 13:33h in Industry Topical News by iObc6waP5rB 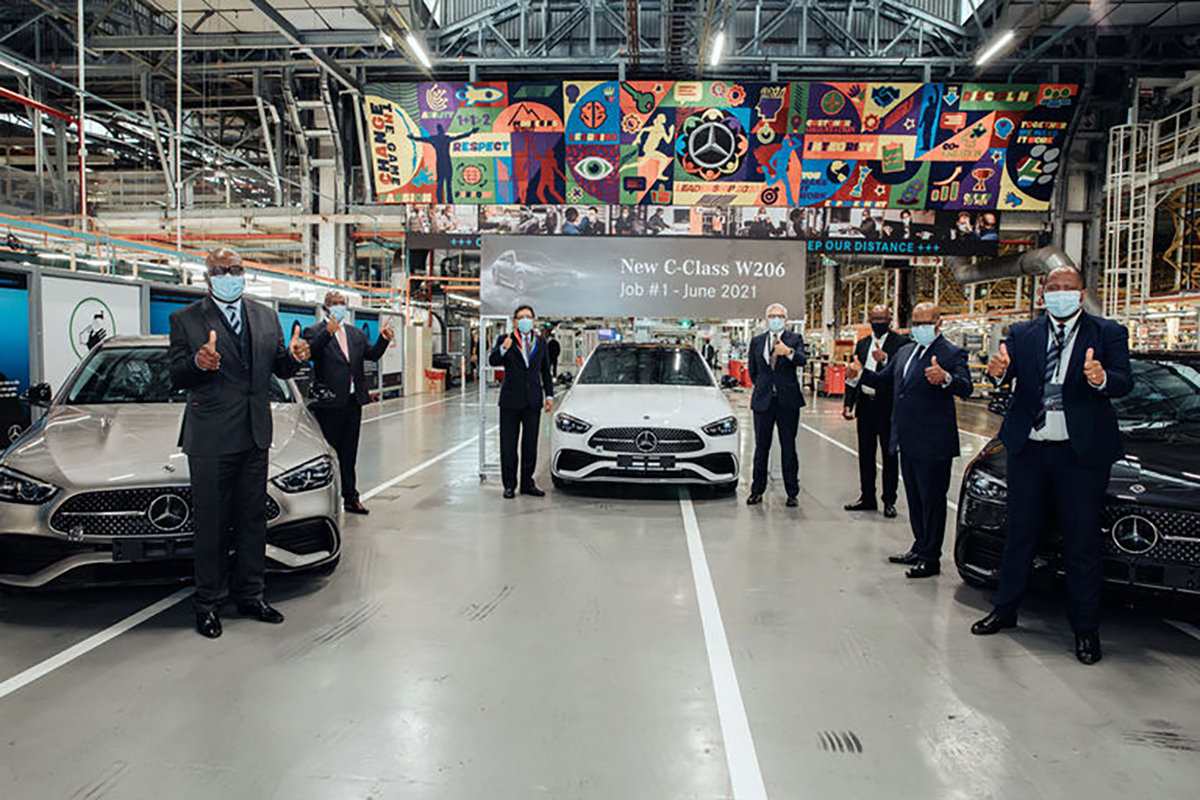 Mercedes-Benz’s East London vehicle assembly plant has produced all 5 iterations of the C-Class luxury sedan, including the new, W206-generation, model. The Three-pointed Star has invested about R13 billion to produce the new model for the domestic and export markets.

Did you know that Mercedes-Benz has been producing vehicles in the Republic since as long ago as 1958? The company’s award-winning assembly plant in East London forms part of a global production network for the C-Class, which includes the main plant in Bremen, Germany and a joint-venture BBAC facility in Peking, China.

Mercedes-Benz South Africa (MBSA) began producing the C-Class in 1994, shortly after the global introduction of the first model (the W202, which was the successor to the compact 190 series). Since then, MBSA produced the next three iterations of the C-Class sedan (W203, W204 and W205) until 2021.

In the meantime, MBSA’s East London facility established itself as one of Daimler AG’s top manufacturing plants – it was recognised by the highly respected J.D. Power and Associates’ (a US-based company) quality awards for no fewer than 6 years in a row.

The East London plant produced the outgoing W205 C-Class in both left- and right-hand-drive guises (including plug-in hybrids and some AMG derivatives) for local consumption and exported it to more than 80 markets around the world. Two years ago, the plant had the honour of producing the 500 000th W205 C-Class to roll off a production line.

Now, the production of the new generation C-Class has commenced at Mercedes-Benz’s East London plant. Based on a reworked version of the W205-generation sedan’s Modular Rear Architecture (MRA), the new C-Class is 65 mm longer and 13 mm wider than its predecessor, but its roofline has been lowered slightly (by 9 mm). Its wheelbase has been lengthened by 22 mm (to 2 865 mm), while both the front and rear tracks have been widened.

Although the classy, understated styling of the newcomer makes it instantly recognisable as a C-Class, the model’s interior architecture has been thoroughly updated; it closely resembles that of the avant-garde S-Class first-class sedan. Suffice to say, the new C-Class introduces a raft of new technologies that weren’t previously offered on the business-class sedan.

To suitably equip the East London plant to produce the sophisticated new model, Mercedes-Benz initially invested R10-billion to improve its South African production facilities in 2018, followed by an additional R3-billion investment that served to carry out environmentally-friendly upgrades to the plant’s paint shop, body shop and assembly and logistics warehouse.

“South Africa is an important location in our global Mercedes-Benz production network. The team in East London made a remarkable contribution to the international ramp-up of the new C-Class that we produce through efficient, flexible, digital and sustainable operations,” Jörg Burzer, Member of the Board of Mercedes-Benz Cars, responsible for Production and Supply Chain Management said earlier this year.

“Thanks to the exceptional work and first-class cooperation between our colleagues in South Africa and all over the world, our modern plants can produce outstanding vehicles like the new C-Class. With our additional investment of R3 billion in the East London plant, we underline our commitment to contributing to the SA economy and the Eastern Cape region.”

The new buildings cover an area of roughly 100 000 square metres – an addition of two-thirds of the already existing buildings for the production of passenger vehicles – with more than 700 tonnes of steel installed for the additional 3 lines in the assembly shop and a new logistics warehouse. The initial plant upgrades included a new Body Shop with over 500 “Internet of Things” Industry 4.0-enabled robots, which ensure increased volume outputs, plant optimisation and commercial synergy. The new body shop has been built at the East London Industrial Development Zone, where parts for the new C-Class are manufactured.

What’s more, at the Mercedes-Benz Learning Academy (MBLA) additional robotics were installed for training. The MBLA is a flagship and sustainable Public Private Partnership (PPP) in cooperation with the National Treasury and the Jobs Fund, which demonstrates the commitment of Mercedes-Benz South Africa to the empowerment and youth development in the automotive manufacturing sector. Since 2004, the MBLA has offered world-class quality training and transferrable skills, qualifying hundreds of skilled artisans in the Eastern Cape, which is even more important in times of a pandemic when travelling is restricted. 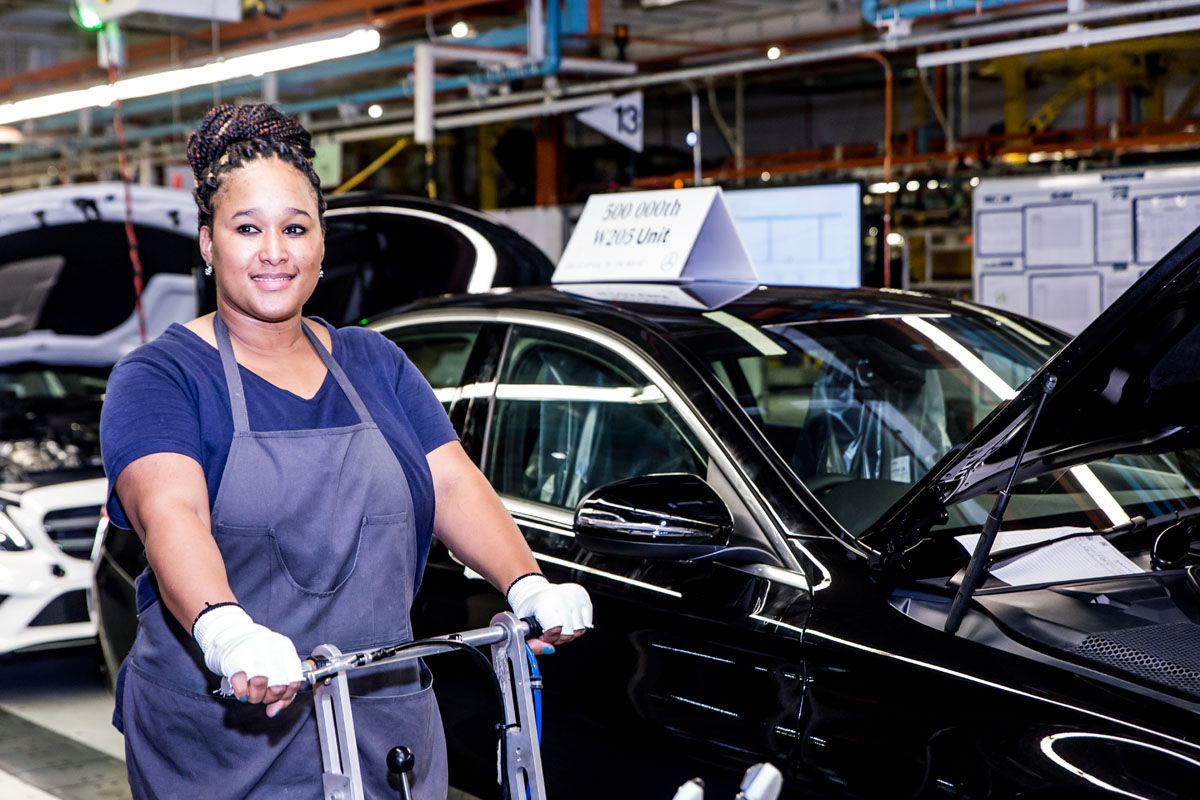 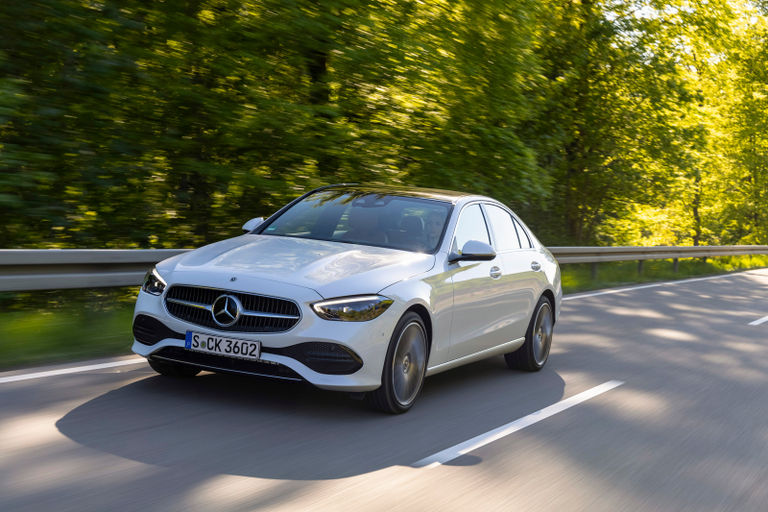 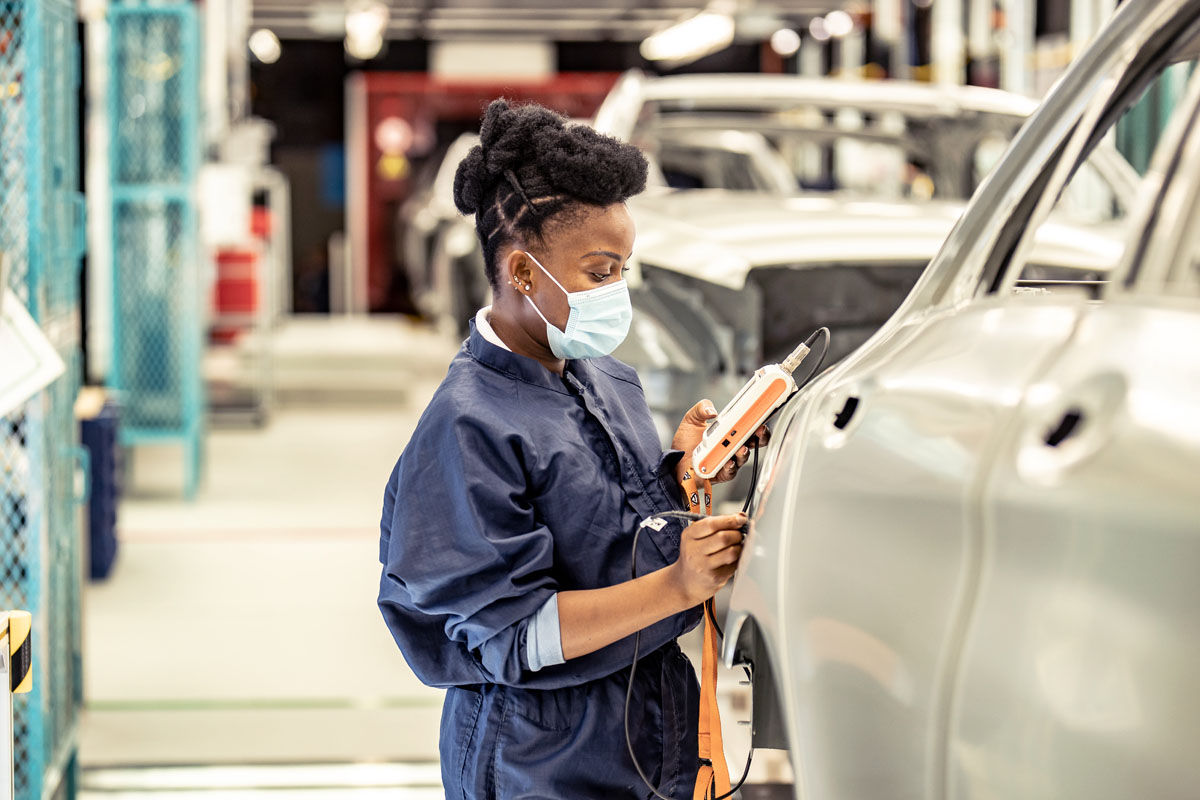 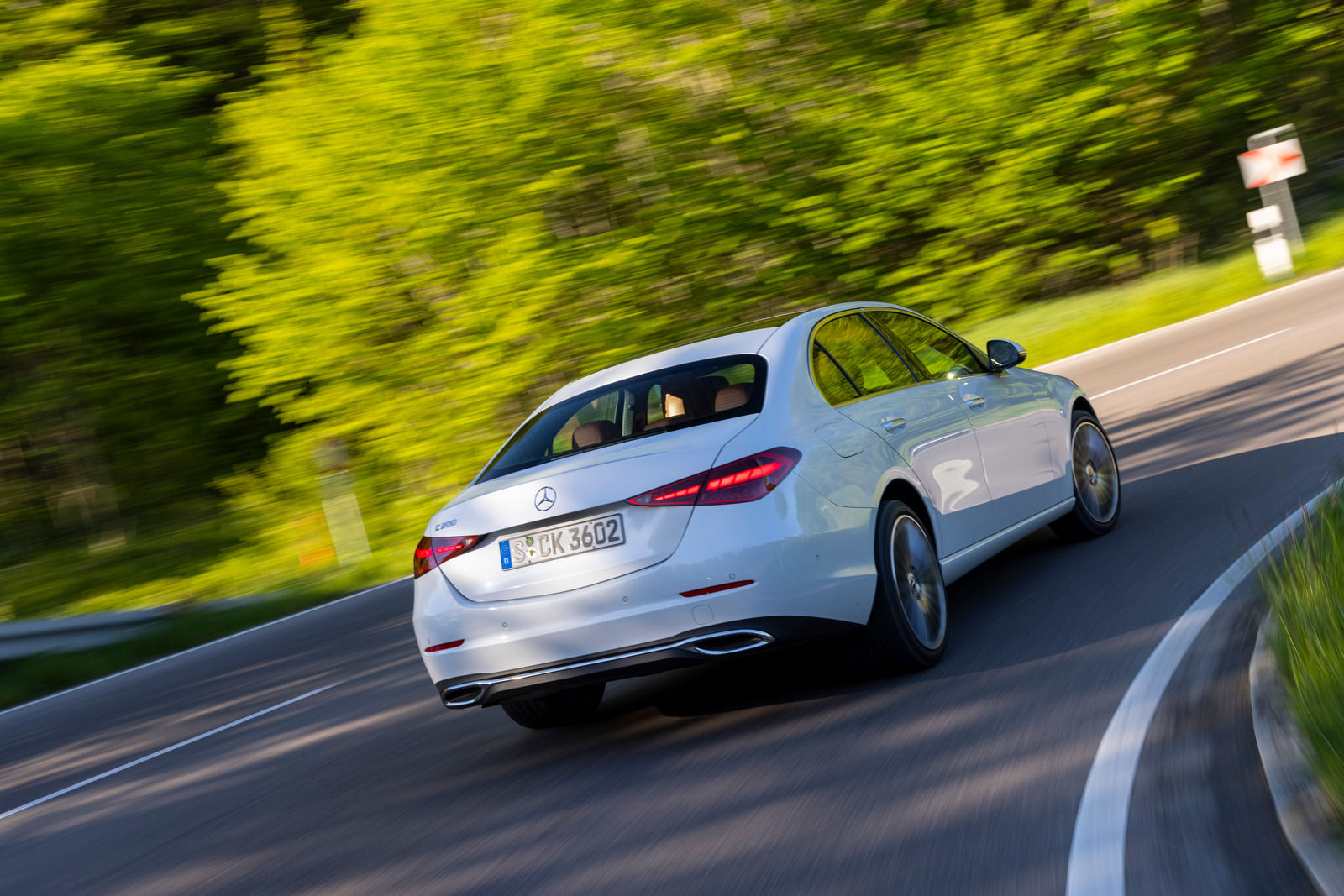 In support of Ambition 2039, the East London plant has embarked on numerous initiatives to help preserve the environment for future generations. The new paint shop sees a reduction of energy consumption per vehicle of 25%. What’s more, the new buildings have been equipped with energy-efficient LED lighting, which uses up to 90% less energy per lumen output.

Through the implementation of energy efficiency measures and the adoption of more efficient technologies and processes, the plant has achieved an annual saving of over 16 MWh, which is the equivalent of the annual energy usage for the East London plant’s body shop and the logistics buildings together. Additional plant sustainability initiatives include battery storage containers; rainwater recycling with a water storage capacity of 1 million litres; green areas, which have been installed on the corridors and the roofs as well as soluble labelling, which is being utilised on production parts packaging to minimize waste reduction, Mercedes-Benz says.

As part of Ambition 2039, Mercedes-Benz aims to be fully networked and have a CO2-neutral vehicle fleet. By 2030, plug-in hybrids and all-electric vehicles will account for more than over 50% of the brand’s new-vehicle sales volumes. In addition, the company will replace liquefied petroleum gas with liquefied natural gas through compensations.

“Despite a tough year in 2020, we were able to accomplish what we had planned. To date, all of our buildings have been completed and we are ready to produce the new generation C-Class in full force. At Mercedes-Benz South Africa, our passion drives us to be the best and it is this passion, which drives our high-performance culture,” the outgoing CEO of Mercedes-Benz South Africa and Executive Director of Manufacturing, Andreas Engling, added. 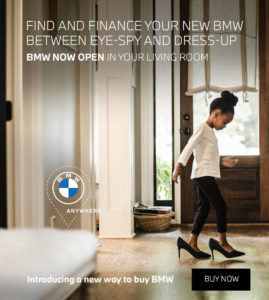 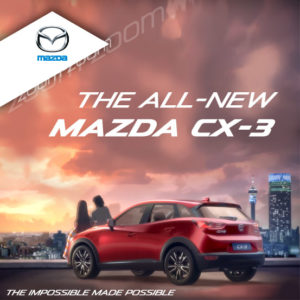 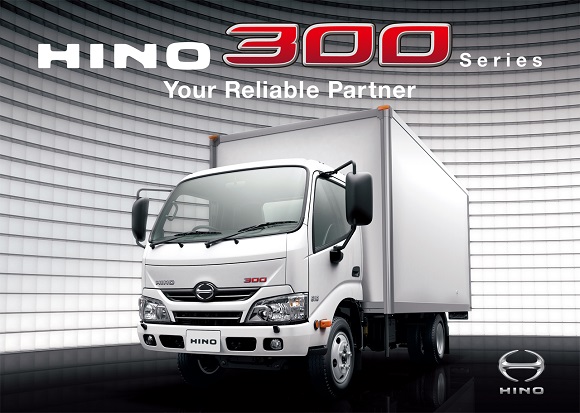