Posted at 10:54h in The Bulletin by iObc6waP5rB 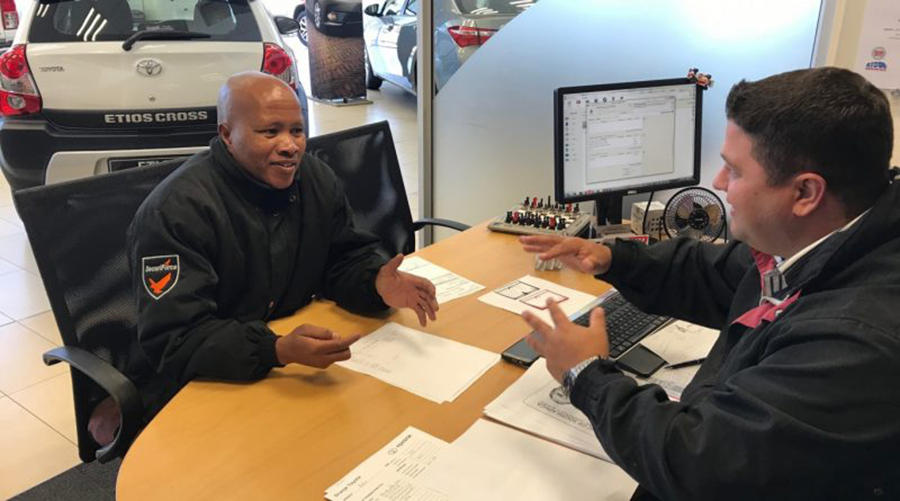 “The South African new vehicle market continued to astound industry commentators and perform against the odds in June, when total sales of 41 019 units meant an improvement of 7.6% over the figure for the same month last year,” commented Mark Dommisse, Chairperson of the National Automobile Dealers’ Association (NADA) after analysing naamsa’s June sales report.

“What is remarkable is that this improvement was achieved with Toyota, the long-time market leader, only being able to retail about half its usual volume as its passenger and light commercial vehicle manufacturing plant is still not operating after flood damage experienced in the middle of April,” said Dommisse.

Toyota reported only 7 439 units sold in June, compared to more than 15 000 in March. Needless to say the industry was able to more than make up for this loss in volume. Vehicle exports grew by 18.6% year-on-year in June, which is another positive for the industry.

“The dealer retail channel had a stellar month, being responsible for 34 935 or 85.2% of total sales. The passenger car market was particularly strong, being 20.6% higher than the figure for June 2021. However, light commercial vehicles disappointed with a decline of 20.8%.

Dommisse went on to say that there were some positives, which include the lifting of the compulsory wearing of masks and the easing of restrictions on incoming tourists, which will buoy consumer confidence and the rental market respectively.

“Ongoing load shedding has, however, put a major dampener on things, particularly in terms of small and medium businesses, while the ongoing increases in fuel and electricity prices and the announcement of a possible interest rate hike on 20 July, are putting strain on consumer budgets, be they companies or private individuals. The effect of inflation and higher interest rates will in all likelihood have an impact on vehicle sales over the next two months.

“The buying down trend is continuing apace, which is evidenced by the strong performance of Suzuki in the market, bearing in mind that its model line-up falls into the small vehicle category. The categories for smaller cars, SUVs and crossovers are gaining new entrants virtually every month, which means buyers are generally able to strike favourable deals in such a competitive market. Overall, our dealers should be proud of their performance in June,” concluded Dommisse.

NADA is a constituent association of the Retail Motor Industry Organisation (RMI). 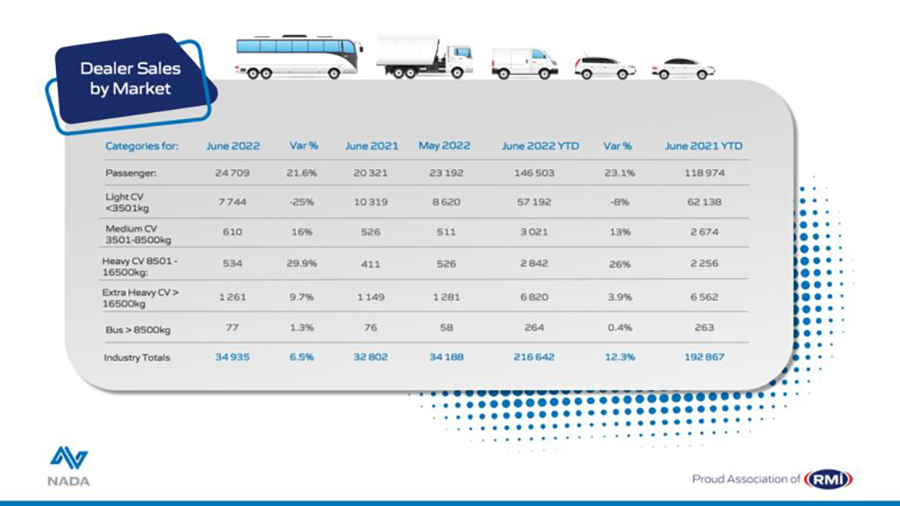 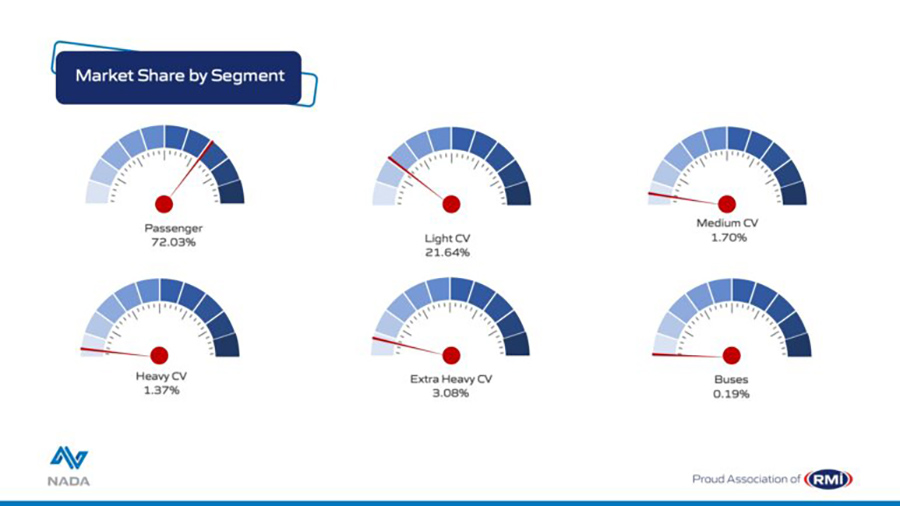 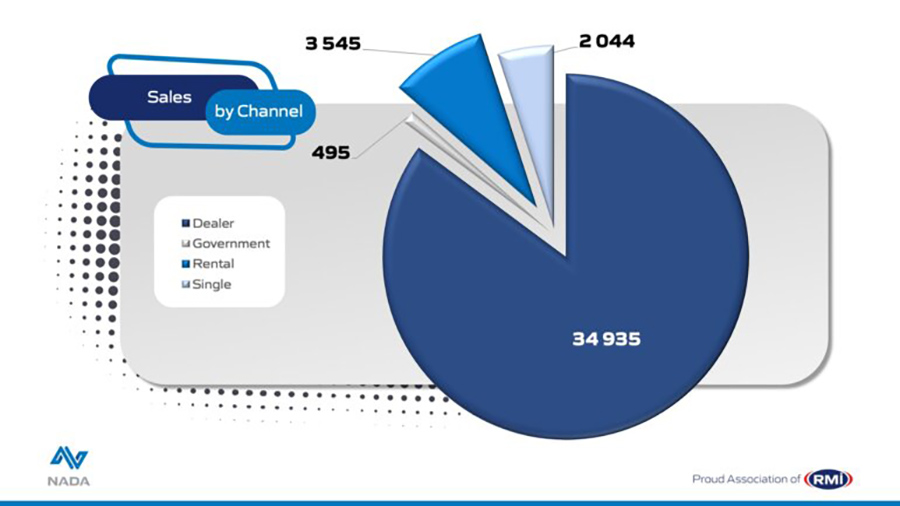