Posted at 12:32h in The Bulletin by iObc6waP5rB

In September every year South Africa celebrates Heritage Month in recognition of the diverse traditions, cultures and uniqueness of its people. Mitsubishi, too, has a rich local heritage; one that stretches back over more than 50 years. In much the same way as our Rainbow Nation has shown its resilience and strong character over many generations, Mitsubishi has proven its passion for quality, durability and staying power.

Mitsubishi made its first appearance in South Africa in 1968 when the Colt 1100 Fastback was assembled by Praetor Industries in Rosslyn. Since then the brand has found a home under the umbrella of various different companies. This includes the Sigma Motor Corporation, which sold the unusually styled Colt 1100 range of hatch, bakkie and station wagon models, as well as the stylish Dodge Colt coupé locally. At the time Mitsubishis were also manufactured at what is today the Ford assembly plant in Silverton, Pretoria.

In 1985 Sigma merged with the local subsidiary of Ford Motor Company of Canada to form Samcor and the Mitsubishi brand found a new home once again. However, certain models were still being built in Pretoria. Ten years later, in 1995, Mercedes-Benz South Africa took over custodianship of Mitsubishi in this country and, notably, produced the Triton (and Colt bakkie) was moved to its plant in East London. In 2011 that all changed when Imperial Holdings took over responsibility for the Japanese brand, and local production ceased. Today, as part of the Motus Group, Mitsubishi Motors South Africa (MMSA) handles the import and distribution of the brand and has seen to it that the renowned three-diamond logo takes up its rightful place as a legend of the motor industry.

Says Jeff Allison, General Manager: Marketing at MMSA: “Historically, the Pajero and the Colt bakkie were extremely popular with the local buying public and we have been able to keep this momentum going with the introduction of a raft of new models. Of course this includes the Triton bakkie and the Pajero Sport, both of which have contributed significantly to drawing customers to the Mitsubishi fold.”

This popularity should come as no surprise as, around the globe, Mitsubishi has a well-earned reputation for producing capable, reliable and comfortable bakkies, and has successfully been doing so for well over 40 years. It can also rightfully lay claim to developing and producing the world’s first sport-utility vehicle (SUV).

In South Africa, where bakkies, SUVs and lifestyle vehicles are hugely popular, this has stood the brand in good stead and saw the Pajero and the Triton attain iconic status.

The legend of Pajero

The Pajero’s heritage runs all the way back to 1934 when the Mitsubishi PX33 prototype was commissioned for the Japanese government. Almost 50 years later Mitsubishi presented the first Pajero prototype at the Tokyo Motor Show in November 1973, with the second prototype following in 1978. The first generation of the Pajero made its debut at the same show in 1981 and was launched around the globe in 1982. At its peak, it was being sold in over 170 countries and regions.

The Pajero was discontinued in the Japanese market in August 2019 and as of March 2021 production has fully ceased in all markets.

The Pajero, in all its forms and iterations over the years, was widely recognised as a top-class SUV, both here and abroad. It all started back in 1985 when a Pajero, in the hands of French motorsport legend Stéphane Peterhansel, clinched the first of 12 record Dakar victories for the brand. To this day this unprecedented performance is credited with spurring on local sales of the Pajero, as well as that of its successor, the Pajero Sport, with many buyers arguing that if it’s good enough for Peterhansel, it’s good enough for them.

“Widely regarded as one of the best true 4x4s in the world, the Pajero generated well over three million sales in its 40-year run,” says Allison.

The sterling reputation of the Pajero – and, as a result the brand as a whole – also had a positive impact on the reputation of the Triton, of which the latest generation was introduced locally in 2019, less than six months after the world launch. Since then it has consistently been hailed as a highly competent offering in the bakkie segment, and one that caters to the needs of discerning buyers.

“With a bakkie-building heritage that stretches well over 40 years, Mitsubishi managed to enhance and refine the current Triton in such a way that it has found favour with commercial and leisure users who appreciate all that the brand and the nameplate represents in terms of pedigree,” explains Allison.

Notably, that pedigree includes the Spirit of Africa Trophy, where the Colt Rodeo – forefather of today’s Triton – was hailed by events organiser, Sarel van der Merwe, as being a highly capable off-roader. In fact, it was Mitsubishi’s reputation for producing off-road vehicles of the highest quality that prompted Van der Merwe to choose the brand as vehicle partner in the first place.

Mitsubishi celebrated its centenary in 2017 and MMSA capitalised on the auspicious occasion to focus renewed attention on the brand’s long and proud local history. The South African introduction of the highly anticipated Pajero Sport was the natural next step in updating and maintaining that image and many exciting new pages have already been added to the story that is Mitsubishi in South Africa.

Apart from the Triton and the Pajero Sport, the Mitsubishi ASX, Xpander and Eclipse Cross are also available locally. The latest iteration of the Outlander will also be added to the line-up in the not-too-distant future.

“Since gaining the distribution rights for Mitsubishi, MMSA has placed strong focus on ensuring that it continues to build on the strong reputation and loyal following the brand has in South Africa. As we venture into new territory with fresh models that expand our customer base, it’s our Mitsubishi heritage and exemplary track record in the local market that resonates most with our consumers, new and old,” Allison concludes. 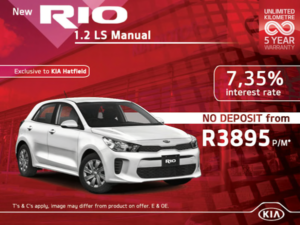 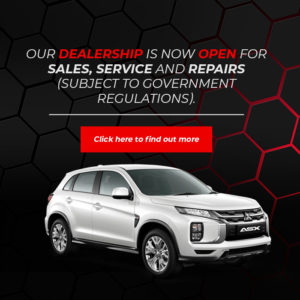