Posted at 12:41h in The Bulletin by iObc6waP5rB 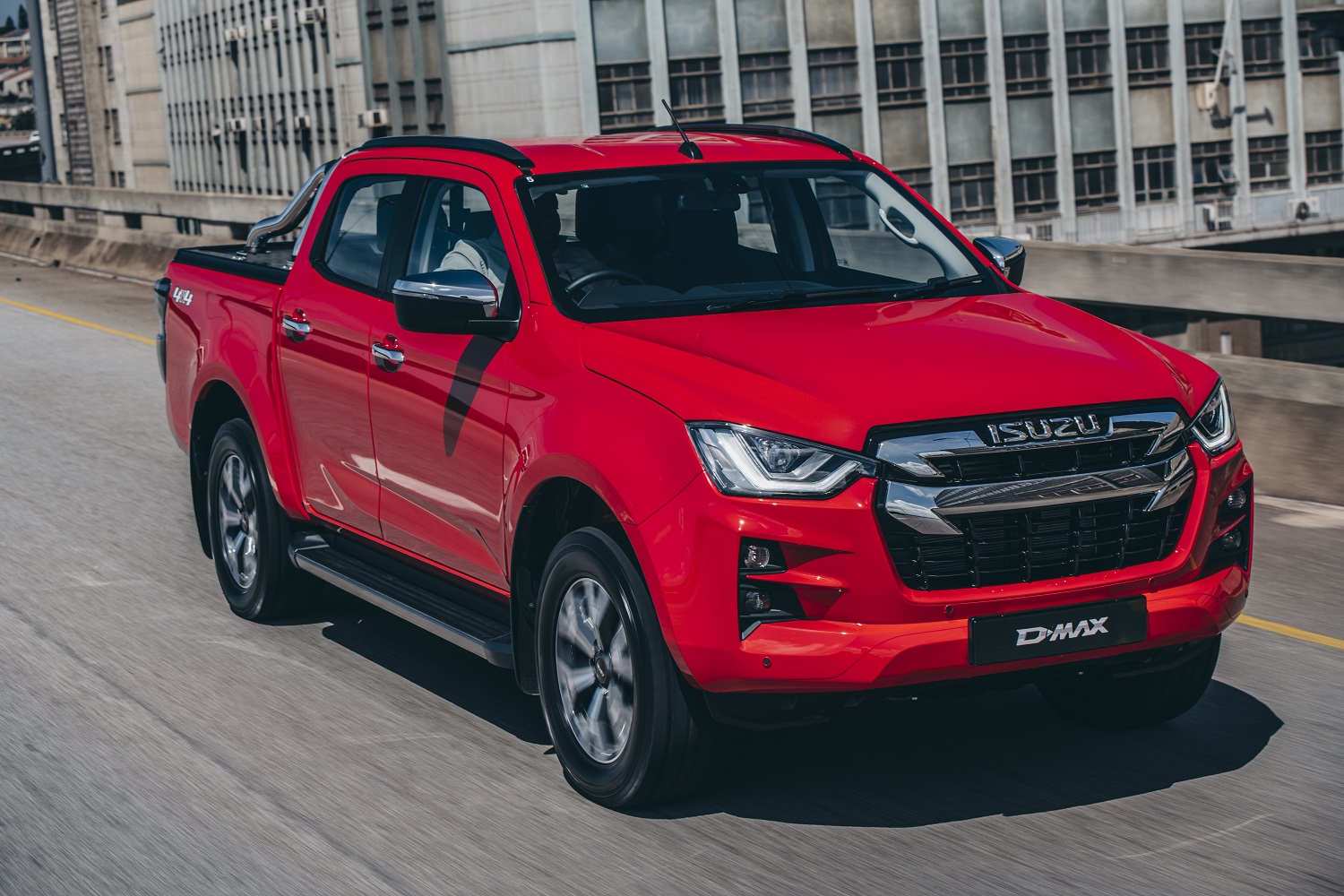 Long awaited Toyota Hilux and Ford Ranger rival touches down as a massive departure from its predecessor.

Three years after making its world debut in Thailand, and following a delayed unveiling in South Africa due to Covid-19, Isuzu Motors South Africa has officially confirmed the price and spec details of the all-new D-Max bakkie.

The seventh generation of the model known until 2018 as the KB, the first all-new Isuzu bakkie in over a decade is touted by the automaker as being its boldest yet in terms of not only styling, but also features and technology.

A complete departure from the old D-Max, the newcomer rides on the Drive Dynamics platform also used by the MU-X and Mazda BT-50, but for South Africa, and indeed the 25 export markets across Africa, Isuzu has retuned the suspension and made the loadbox out of thicker steel.

Stretching 30 mm longer in wheelbase than the previous D-Max, which continues in an entry-level role as the renamed D-Max GEN 6, Isuzu has dropped the roofline by 10 mm, but increased the loadbox length by 15 mm while at the same time widening the tailgate to 1.5 m.

In a line-up spanning 23 models over three bodystyles; single cab, extended cab and double cab, the D-Max, which is the result of a R1.2-billion investment into local production at Isuzu’s plant in Port Elizabeth, ushers-in a new engine and trim level denominators previously never offered in South Africa.

On the power front, a two engine line-up prevails, but as with the BT-50 and international market D-Max, the stalwart 4J 2.5-litre turbodiesel, that can trace its roots back to 1985, has been dropped for the 1.9-litre 4JK1-TCX that will do without the BluePower moniker used elsewhere.

Also offered in the Thai-market MU-X, the replacement for the 2.5 produces 110kW/350Nm, an uptake of 10kW/30Nm, with drive going to the rear or all four wheels via a six-speed manual or six-speed automatic gearbox.

Sitting at the top of the range, the latest incarnation of Isuzu’s equally long serving 3.0-litre engine, internally known as 4JJ3-TCX, dispenses with the D-TEQ designation and like the 1.9, adopts the DDI moniker for an output of 140kW/450Nm.

Up 10kW/70Nm on the old 4JJ1-TCX, the unit is hooked to the same transmission options as the 1.9, with drive also going to the rear or all four wheels.

On the model front, the long standing LEED, LE, popular X-Rider and flagship LX depart in favour of five trim grades; base, L, LS, LSE and the top-spec V-Cross aimed at the Ford Ranger Wildtrak and Toyota Hilux Legend RS.

Adding to these, the L receives electric windows, steering wheel mounted audio controls and ISOFIX mounting points in the case of the double cab, while the LS adds to the mix 17-inch alloy wheels, a six-speaker sound system, reverse camera, cruise control, side steps, seven airbags and a seven-inch touchscreen infotainment system with Apple CarPlay and Android Auto. 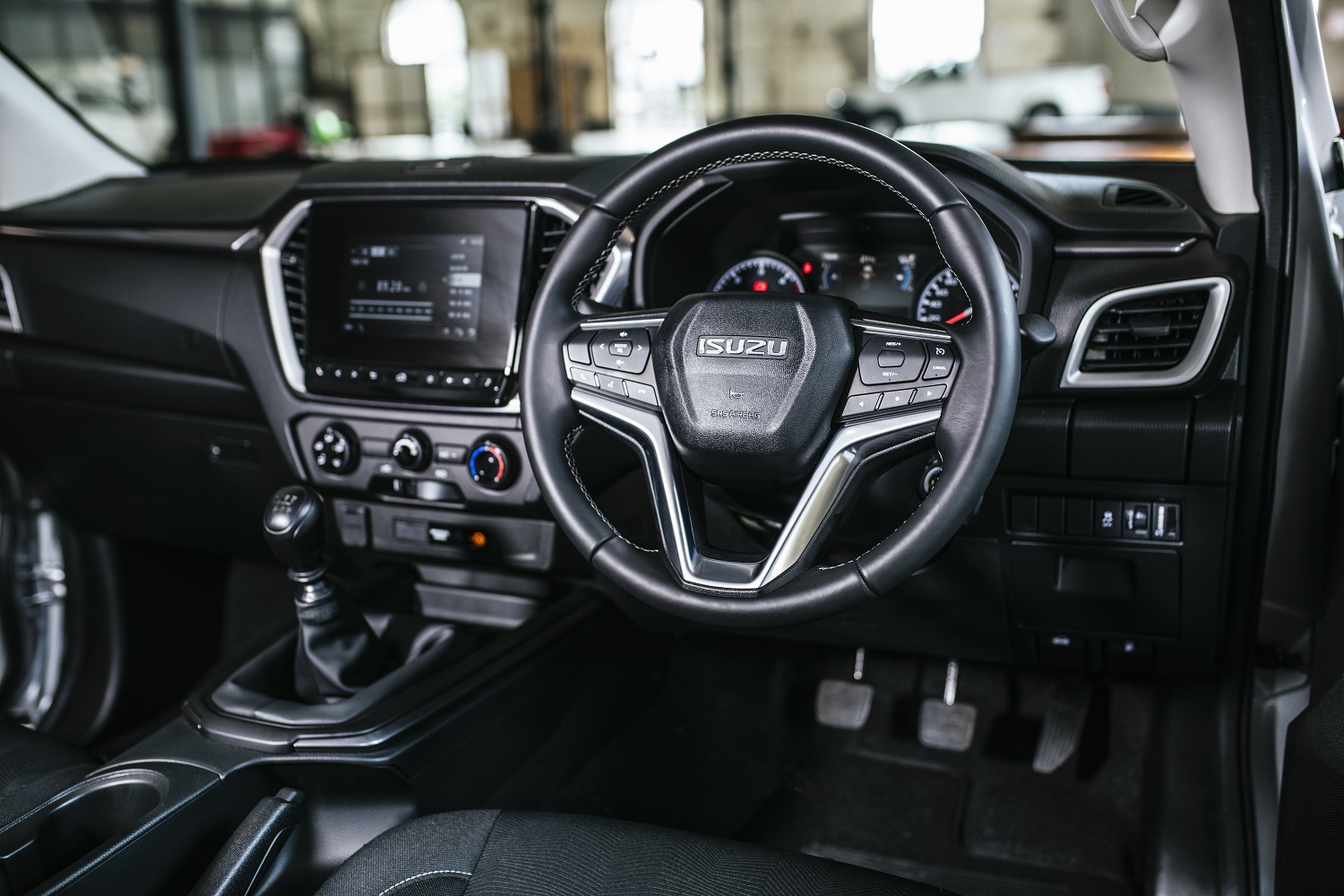 On the LSE, the new nine-inch display that debuted on the MU-X comes as standard, along with 18-inch alloys, keyless entry and push-button start, dual-zone climate control with rear vents on the double cab, a tow bar, tyre pressure monitor, front and rear parking sensors, full LED headlights and an eight-speaker sound system.

The range-topping V-Cross includes all of the above as well as Auto High Beam Assist, a model specific grille, wheel arch cladding, a satin grey skidplate, sports bar and roof rails, plus a tonneau cover, electric front seats and eight airbags. 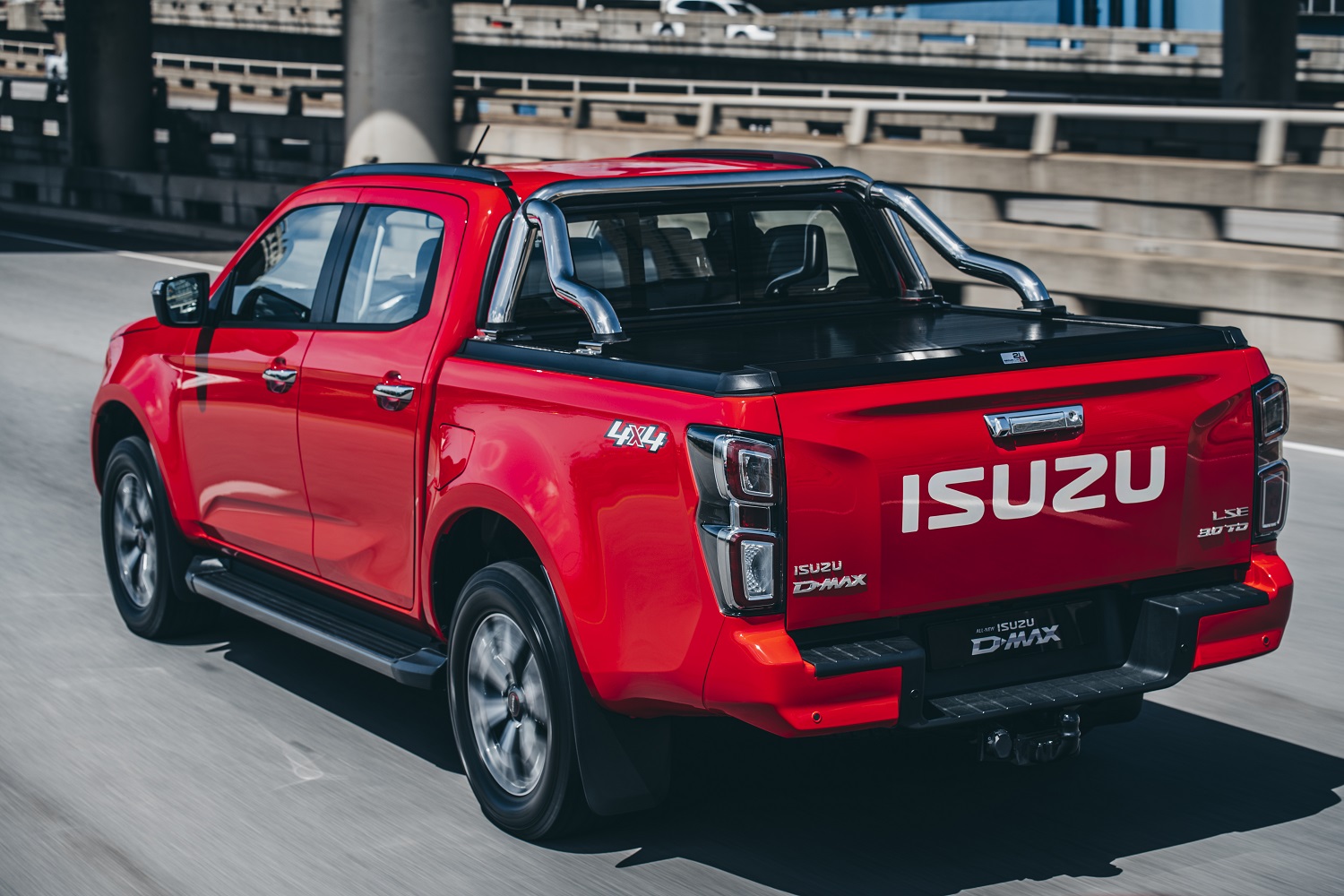