17 Mar Behind the scenes at Ford’s Struandale engine plant

Posted at 11:21h in The Bulletin by iObc6waP5rB 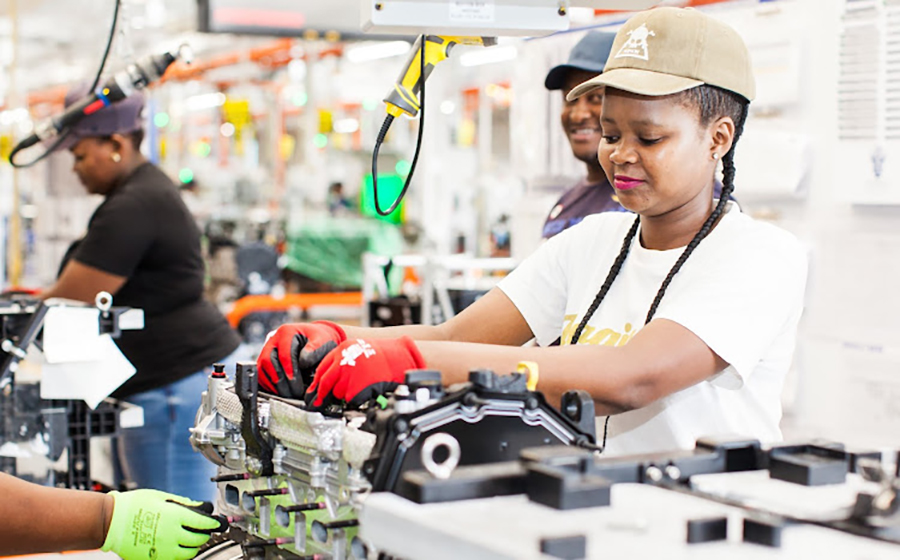 In 2015 Ford moved its two assembly plants then operating in the Eastern Cape to the former Chrysler plant in Silverton, Tshwane in Gauteng. The engine plant, however, remained , in Struandale.

It is the only engine plant of its size in SA, and probably on the African continent.

I recently secured an exclusive tour of the facility. The first impression on arriving at the plant is the pervading sense of military precision and adherence to rules.

You walk only between the lines marked for pedestrian traffic, you only cross the road at the zebra stripes, and the machining halls are as clinical as hospital operating rooms, with filtered, temperature-controlled air pumped in to maintain a positive air pressure inside the halls, thus repelling any dust that might enter.

The level of automation is astounding. Overhead gantries move rapidly and quietly under computer control, extending grapple arms to the predetermined work station to pick up a finished part, lift it and transport it to the next work station, where it will be lowered in precisely the correct position for the operation to be performed there. 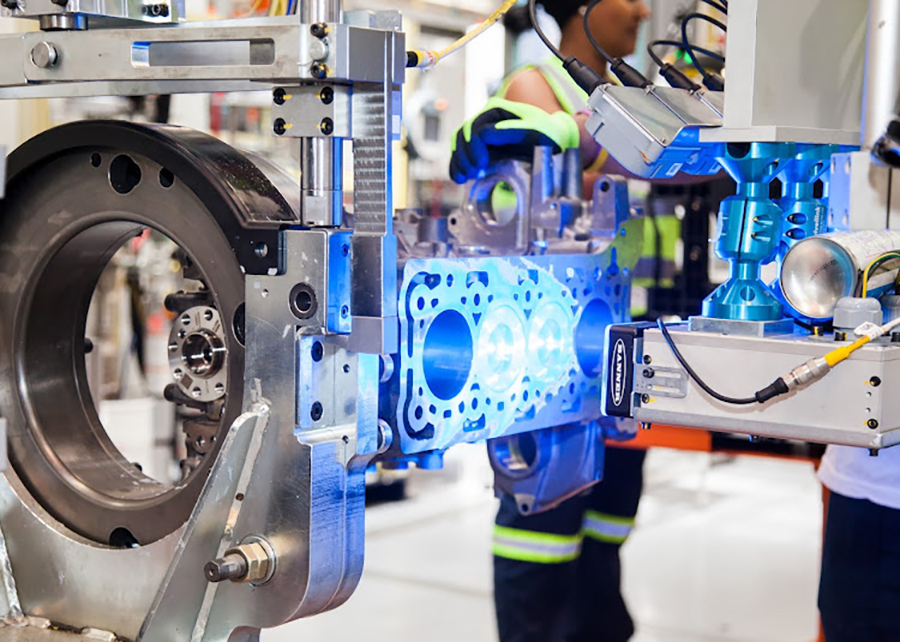 At a work station where valves are installed on a cylinder head, I watched collets being fed along a vibrating slope to enter a tube which carries them, one by one, to the place where the valve stem is waiting for its collets to be fitted before the valve spring is released — all without a single touch of a human hand.

The recording system is amazing. Every major component receives a laser-etched code at the outset of machining. Thereafter everything done to this item is recorded in detail by the computer. For someone like me, who is familiar with the routine of sequence-tightening cylinder head bolts with a torque wrench, it was unforgettable to see a whole set of rundown spindles descending on the head, one for each bolt, and, in synchronised steps, simultaneously tightening all the bolts to the correct torque, while the whole process is orchestrated by and recorded on the computer. This ensures complete traceability of every component’s history.

Testing is done at every stage of machining. The plant has a policy of “no faults forward”, which means parts and assemblies are checked after every stage of the manufacturing process before they are allowed to proceed to the next stage. Any unacceptable deviations are immediately flagged by the computer or operator for investigation. Finally, when engine assembly is complete, and the sump has been filled with oil, each engine is cold-tested by connecting the crankshaft to a powerful electric motor which spins the engine while computers monitor important variables like cranking torque, airflow and oil pressure.

The intake air supply is then restricted, thus creating a high vacuum in the inlet tract. With the engine still being spun, the pressure at points in the engine is recorded very accurately for indications of leaks or excessive clearances. 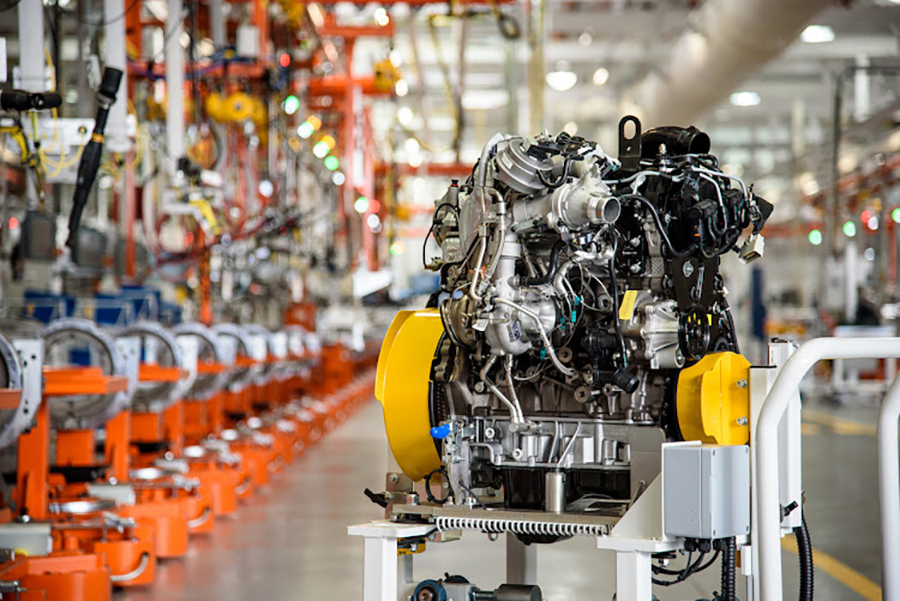 The precision achieved in measuring (and consequently in machining) is mind-blowing. Advanced, computer-controlled measuring equipment has an accuracy of 5 microns, that is, 5 thousandths of a millimetre. For comparison, the thickness of an average human hair is 70 microns. The story is told of an engine being flagged on its final test. The engine was stripped and the fault was traced to a mosquito that had been squashed below a gasket.

Cameras are installed at many work stations, and the images analysed by computers. These play a vital role in quality control. In one incident a batch of engine block castings arrived at Struandale from overseas. When they were scanned by camera, some were flagged because the computer picked up pinhole-sized evidence of porosity in the castings. The porosity was too fine to be seen by the naked eye.

In December last year, Ford announced an investment of R600m in the Struandale plant. During my visit I was struck by the excitement and quiet determination evident in the staff after Ford awarded the cylinder head machining and assembly for its eagerly-awaited new V6 turbodiesel engine for the global market to Struandale.

This is a feather in the cap of this plant. Struandale has outcompeted Ford engine plants all over the world for this distinction. It is an achievement from which the whole of the SA motor industry will benefit.